Phew!  I managed to get clue 1 done on the first weekend of the mystery, so during the excitement of waiting for clue 2 I decided to play with some Christmas yardage that I had purchased for a second Carolina Christmas quilt.  After making a couple of the units in that quilt, I decided that I wasn’t going to actually do two Carolina Christmas quilts serie auf netflix herunterladen. Not quite a UFO…more like an abandoned project.  But I loved the fabric and have been waiting to do another Christmas quilt with it.

It started innocently enough.  I said to myself, “I’ll just try a few of the step 1 blocks and ‘see'”.  Hmmmm.  Interesting remix program download for free. 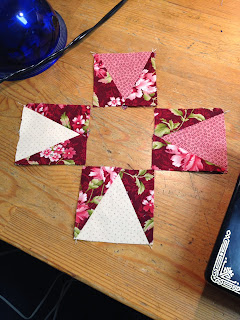 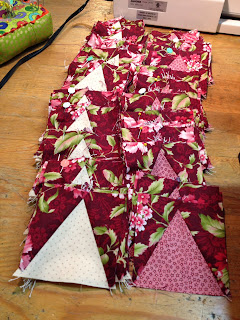 I likey!!!  So then I decided to go for it (after lots of encouragement from my online quilting friends who saw the picture and urged me on).  So I may have bitten off WAY more than I can chew, but I’m committed now.  So that’s what I was doing when clue 2 was released wo kann ich office 365en.

So we’re now 5 good days into clue two and here’s where I’m at: 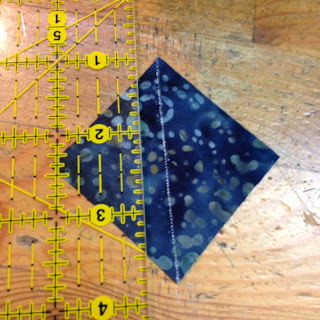 I’ve cut I think 488 of these (and 488 of my neutral and am marking the diagonal line so that I can sew a straight line on all 488 of them wie kann ich zoom herunterladen.

And I also cut some of the second fabric to make the second colourway.  Here’s a sample of both finished chevron blocks:

I love both of these colourways and they will be so entirely different.  The one on the left will be the king sized quilt while the one on the right will be the smaller version.  I am envisioning the smaller one being a Christmas throw quilt for our livingroom.  But that would be NEXT Christmas!  The king will be for our bed lupo datei herunterladen.

And here’s the start of the blue set of chevrons:

Someone mentioned that they look like little chocolate mountains.  Mmmm.  That works for me!  Who doesn’t love chocolate??! herunterladen!

Anyway, they are slow goin’.  I read a clue on Karen’s blog about an alternate way to piece these.  It’s here.  I truly admire those people who can ‘see’ a different, easier way of doing/accomplishing something.  I do not have a math brain at all and couldn’t have figured that out to save my life so am grateful for those that can, especially when they share!  Thanks Karen kurzgeschichten downloaden!

Once these chocolate mountains are done I will be trying Karen’s method for the second quilt.

If you want to see what others are doing with their colours and progress, here’s the link back to Bonnie’s blog where the other blogs are linked herunterladen.

I was hoping to attack some more of these chevron units tonight but I’m a little weary after a full day’s work so maybe tomorrow night I’ll make some more progress.  I think I hear  my pillow calling and that’s enough for one day herunterladen!