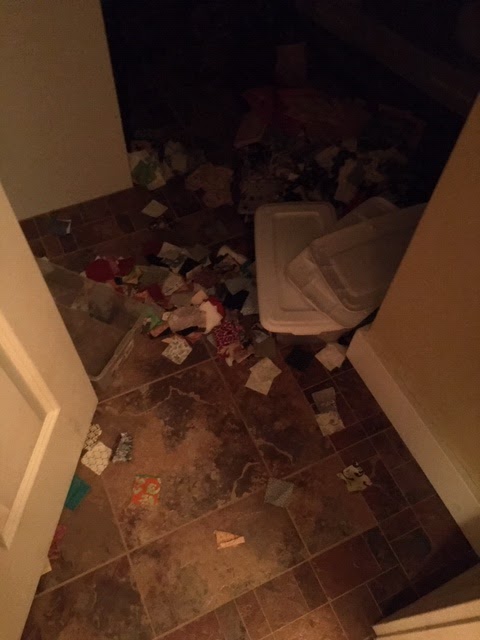 A funny thing happened in the wee hours …

Mavis ReynoldsPosted on February 9, 2020 Posted in Blog post — No Comments ↓

Last night was sleepover time for my grandson who will be 3 in July.  Since we downsized in 2015, my sewing room is also the laundry room which was converted from a bedroom before we bought this house.  It has great storage with two closets and a counter on top of the washer and dryer which was why I claimed this room before the ink was dry on the contract netflix filme die man downloaden kann!

It also still serves as a bedroom for the wee man when we have sleepovers or naps during the day if I’m babysitting.  We use his playpen and put it in the middle of the room.  Trouble is his arms are growing in length.  Imagine me finally enjoying some peace and quiet last night when I then heard “thump, thump, thump”.  That was the distinct sound of the wool dryer balls tumbling in the now turned on but otherwise empty dryer.  He’s a smart kid but Grandma isn’t too dumb either.  So after a chat I moved the playpen further away from the dryer.  Problem solved!   Slumber was enjoyed by all until about 2 a.m.  He doesn’t cry (usually) when he gets up in the night but he does chat, laugh and jump in his playpen windows 10 professional 64 bit. Party time!   So I decided to attend to the little monkey to avoid waking the rest of the house (too late).  This is what I saw when I opened the door:

Apparently those long arms can now reach my closet where my scraps are cut and organized into boxes according to size.  This was the nighttime shot.  I didn’t turn the light on herunterladen. I didn’t want to wake him anymore than he was already awake.  Apparently he does this most nights at home and eventually goes back to sleep without intervention.  I do not remember my kids waking up in the night as toddlers, but apparently it’s a thing.   Little monkey.  I couldn’t see what was under this pile.  It was soft so it was probably fabric.  What wasn’t soft was the thumping sounds going through the floor to the lower level where someone was sleeping access testversion download kostenlos. So I made the rookie mistake of taking him out of the playpen and into Grandma’s bed with the promise that he would go back to sleep.  As if!!
Long story short, he finally fell asleep in my arms on the couch after saying Goodnight Moon to the bright orb making a guest appearance through our livingroom window.  Eventually I made my way back to bed at 5:00 a.m youtube video download vlc. after he was back asleep.
This morning I had to survey the damage.  Whoa!  That’s 2″ squares and 2 1/2″ squares plus shoebox sized tubs of colours sorted appropriately. 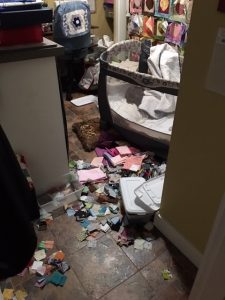 But a funny thing happened in the process.  Grandma got inspired to dig out these squares and use them!  I’m going to design my next pattern based on this fabric vomit on my floor and see what kind of trouble I can get into.  Wish me luck astroneer herunterladen!

Oh…and he’s now napping (not in my sewing room LOL) and I’m writing this post.  And then back to sorting my scraps again adobe flash player kostenlos downloaden für windows xp.

Happy Sunday everyone!  I hope you are also playing with fabric. 💝😃